Himalaya – where the clouds carry messages 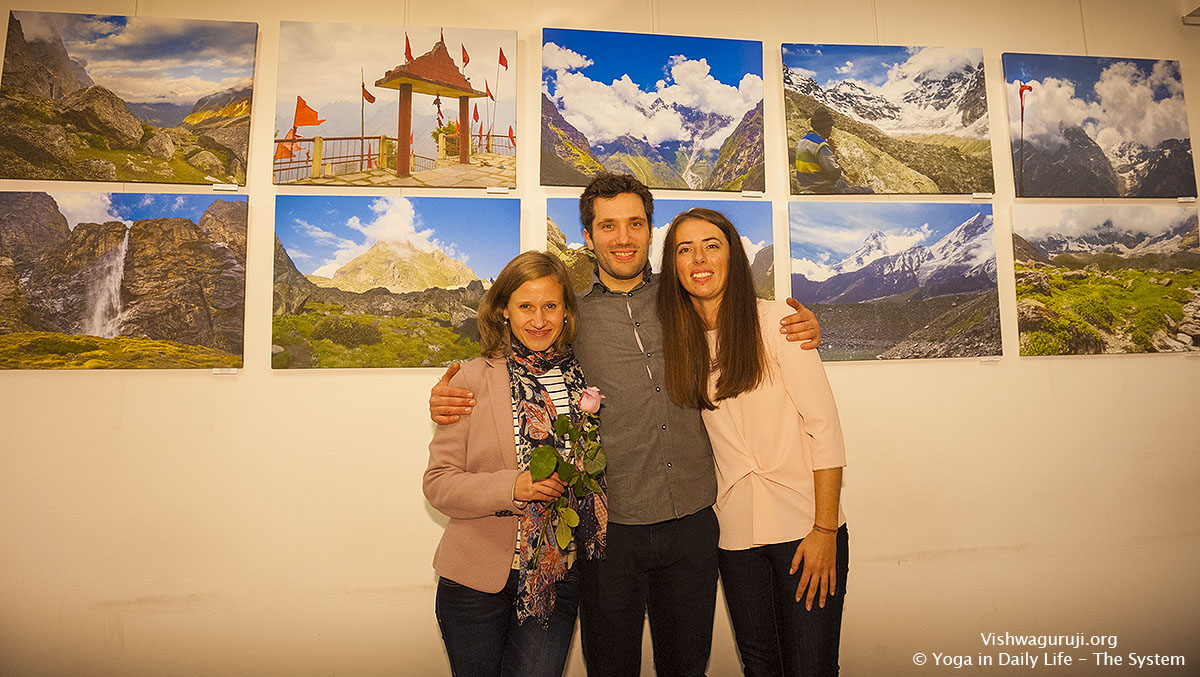 Exhibition of photos from a spiritual journey to the Himalayas

The grand opening of a photo exhibition titled, 'Himalaya – where the clouds carry messages', took place on 20 October 2016. The photos are set to be on display for two weeks, when people in Zagreb can enjoy the recorded moments of a group spiritual journey to the geographical roots of Sri Alakhpuriji Siddha Peeth Parampara .

The exhibition was put together to share the experiences of a group of travelling pilgrims from Yoga in Daily Life, who made their journey through Uttarkhand, a state in northern India, in the area known as Devbhumi (Land of Gods).

H.E. Sandeep Kumar revealed that many Croatians travel to these special places in India, which many Indians don't even manage to visit during their life. He said that the photographs are an expression of spiritual values and love towards the unique Himalayas.

Mahamandaleshwar Swami Vivekpuri pointed out the importance for Yoga in Daily Life, as the photos show the area and specific locations of the origin of the YIDL master-lineage, Sri Alakhpuriji Siddha Peeth Parampara. He explained that the name of the exhibition 'Himalaya – where clouds carry messages', was inspired by the poem Meghaduta, written by the famous poet Kalidasa who is considered to be one of the greatest Sanskrit poets. In this lyrical opus, a man who has been expelled from Heaven, in deep pain and longing, sends messages by clouds to the Himalayas to his beloved one. Exiled on Earth from the kingdom of gods in the sky, he found the clouds to be a connection between the worldly and the divine - which, as Swami Vivekpuri said, is the impression of everyone who finds themself in that grand and magnificent region of the world known as the Himalayas.

Professional photographer, Ivana Pavlović, thanked everyone in the name of all who took photos in the group, for mutual support and for bringing to life all the memories. She expressed her wishes for the visitors to experience the spirituality, aromas, sounds, and the wonderful people the group met on this journey, through the images.