21st of June became the International Day of Yoga in 2015. To mark the occasion this year, with sponsorship from India and many countries around the world, a united yoga practice was performed in Slovenia which created a new world record.

All member countries of the United Nations agreed on the benefits of yoga in maintaining physical and mental health; that an appropriate and professional yoga practice is suitable for all generations.

With the intention to highlight this, the Fellowship of Yoga in Daily Life Slovenia voluntarily organized the first Slovene Family Yoga Festival. The event took place on Saturday 18th June 2016 in Mozirski Gaj, a park in Mozirje, a town in northern Slovenia.

Sadhvi Umapuri travelled from Austria together with Vishwaguruji Mahamandaleshwar Paramhans Maheshwaranada, and represented the authentic scientific system, Yoga in Daily Life. She presented different aspects of yoga and its scientific principles.

Indian Ambassador in Slovenia, Mr Sarvajit Chakravarti spoke to the gathering, saying that the Indian Ministry of Yoga is active with its mission here in Slovenia too. The Mayor of Mozirje, Mr Ivo Suhoveršnik, also attended the event and greeted the crowd.

The Family Yoga Festival showed various aspects of yoga activities, with its main aim being to unite people. More than 1000 participants in the festival had the opportunity to learn about the interconnection of these different activities, such as: environmental care, protection of animals, vegetarian and veganism, voluntary work, wholistic health, benefits of herbs, Ayurveda, and creative family activities.

Dr. Dejan Dinevski led a session of Meditation, which holds a vital role in yoga practice. Its effects are also confirmed by contemporary scientific studies.

The Science of Yoga as a part of Mozirski Gaj

It is possible to see the wisdom of yoga in Mozirski Gaj, in the work of Etbin Kuhar, from Yoga in Daily Life in Celje, called The Installation of Chakras. It represents the eight main chakras in a human body - energy centres which are explained in the science of Yoga - skillfully recreated in flower beds.

Chakras, with their precisely defined colours and symbols, represent particular levels of understanding within ourselves and of others, as well as physical body functions. With correct yoga practices we can gradually cleanse and remove blockages in these energy centres, on a physical, emotional, mental and spiritual level.

The wisdom of chakras illustrates the potential abilities of a human being, which can be developed by leading a healthy lifestyle and taking part in working for the good of all living beings. 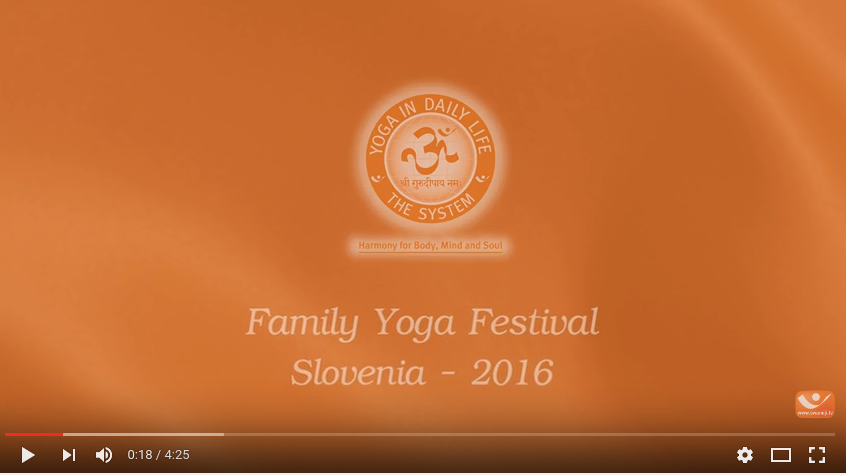 See the video at www.youtube.com