Swami Daya Mata was invited by Fu Jian, writer and owner of a Chinese Cultural Institute, to provide yoga sessions to a group of spiritual seekers and yoga practitioners in Wuhan - an important historical city situated between Shanghai and Chongqing.

It began with about 35 students and every day the number of students increased, until finally there were over 70.

The students said they enjoyed the slow movements with breathing and concentration, but also found them challenging. They were very impressed with The System of Yoga in Daily Life and sought to know more the Yoga in Daily Life organisation and lineage. Many of them are practising vegetarians, including Fu Jian herself, and the Cultural Institute has a vegetarian restaurant.

On the International Day of Yoga, the students organised a poster with photos of the OM Ashram and some activities from the recent Kumbha Mela and did a free yoga demonstration outside the Institute. They also downloaded Vishwaguruji's IDY interview from Indian television, though they do not understand English, wishing to get a glimpse of the Guru.

These students have now requested Yoga in Daily Life to be there permanently and have already set up a group of 74 YIDL members by themselves. 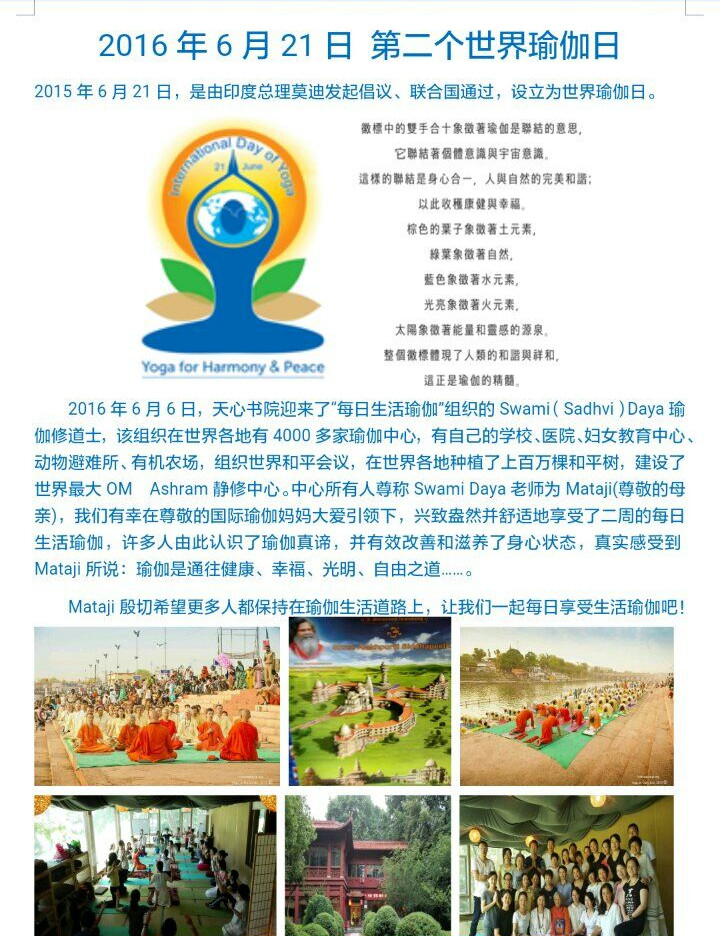