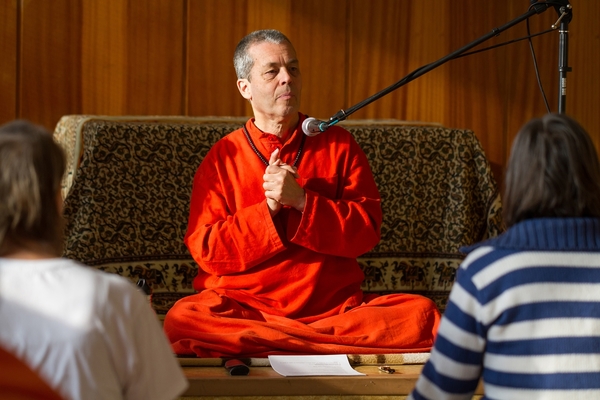 The starting point of Swami Gajanand's recent tour was in Nadlac, Romania. Here he gave a lecture on 'Yoga and health’, in which a Catholic priest also participated; and he held a workshop titled 'Stress management through Yoga'. Swami Gajanand also took part in planting a peace tree (see article from 25.11.2016), and visited the new ashram currently under construction, which is being built by the YIDL Association of Nadlac.

In Hungary, he visited the ashrams in Szeged, Békéscsaba and Érd. The topics for his talks were ‘The inner and the outer Guru’, ‘Yoga and religion’, and ‘The power of Mantra’. All programs were well attended and one could feel the enthusiasm, for instance the program in Érd finished after 10pm even though the next day was a working day.

The last programs were in Slovakia. In Nové Mesto nad Váhom Swami Gajanand gave a lecture on Meditation and a workshop on Pranayama, continuing the topic from last year’s visit.

However the highlight was the final program in Prievidza. Here he gave a lecture on ‘Dharma – What is my life mission?’ The culture hall was more than full, with nearly 130 participants.

Instead of presenting ready-made answers, he first explained the principle of Dharma and then posed the question to all: "What is our Dharma now; what we can achieve only as humans?". Inspiring people to consider something they may not have thought about before, many were very interested and a profound discussion ensued for two and a half hours.

All together, nearly 600 participants took part in the public lectures, workshops and satsangs throughout this three-country tour. 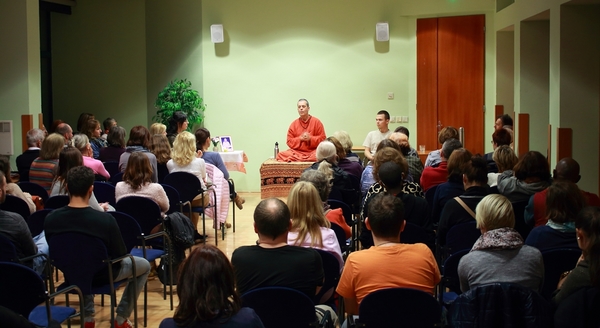