On 12 January 2018, Vishwaguru Swami Maheshwarananda Ji was ordained with the highest academic achievement, Doctor of Letters (Latin: Doctor Litterarum). Chancellor Dr H.R.Nagendra and Vice-Chancellor Dr G. Ramachandra Bhat of the S-VYASA University presented Vishwaguruji with this prestigious degree on the 15th Convocation held in the University. 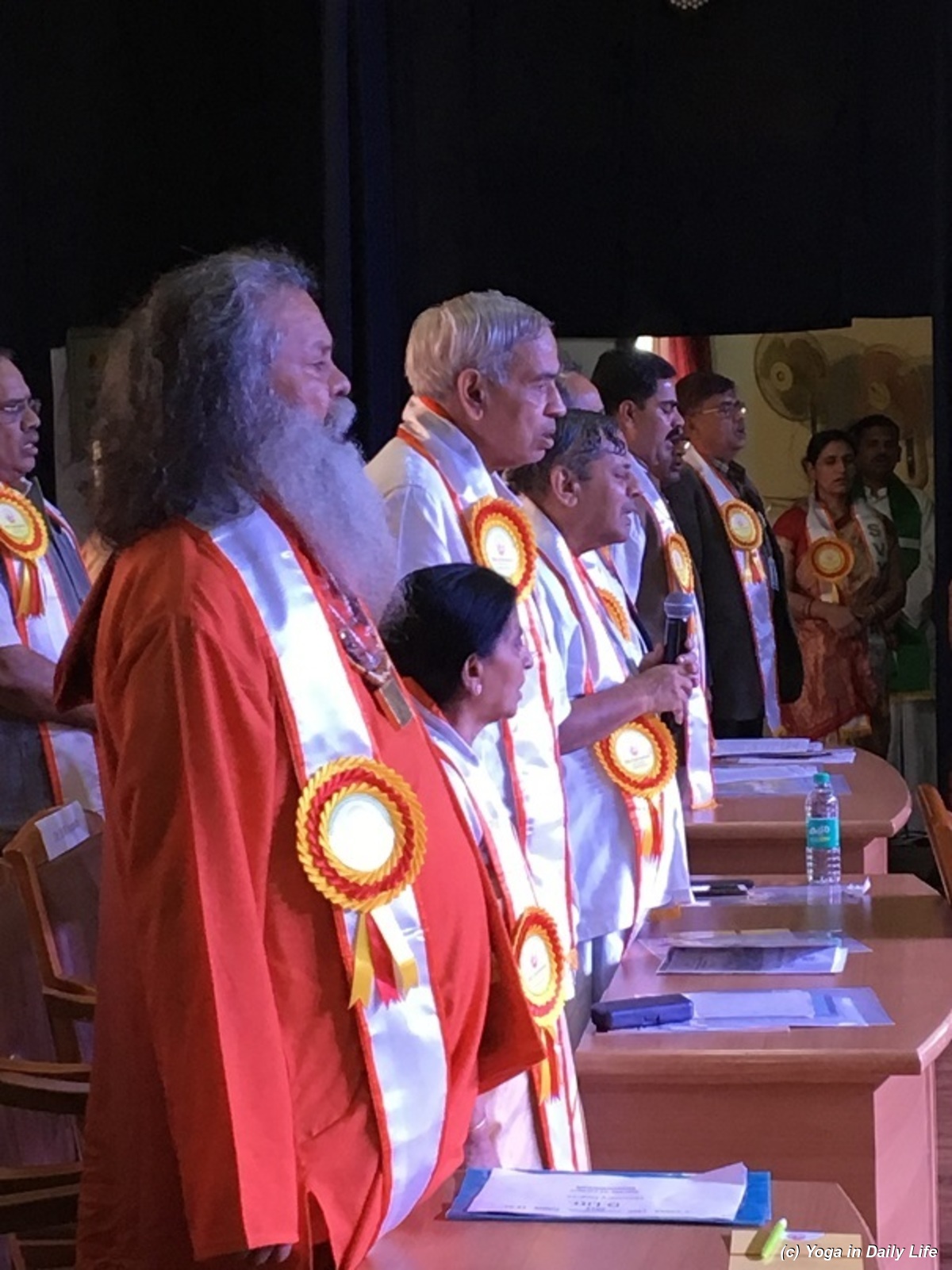 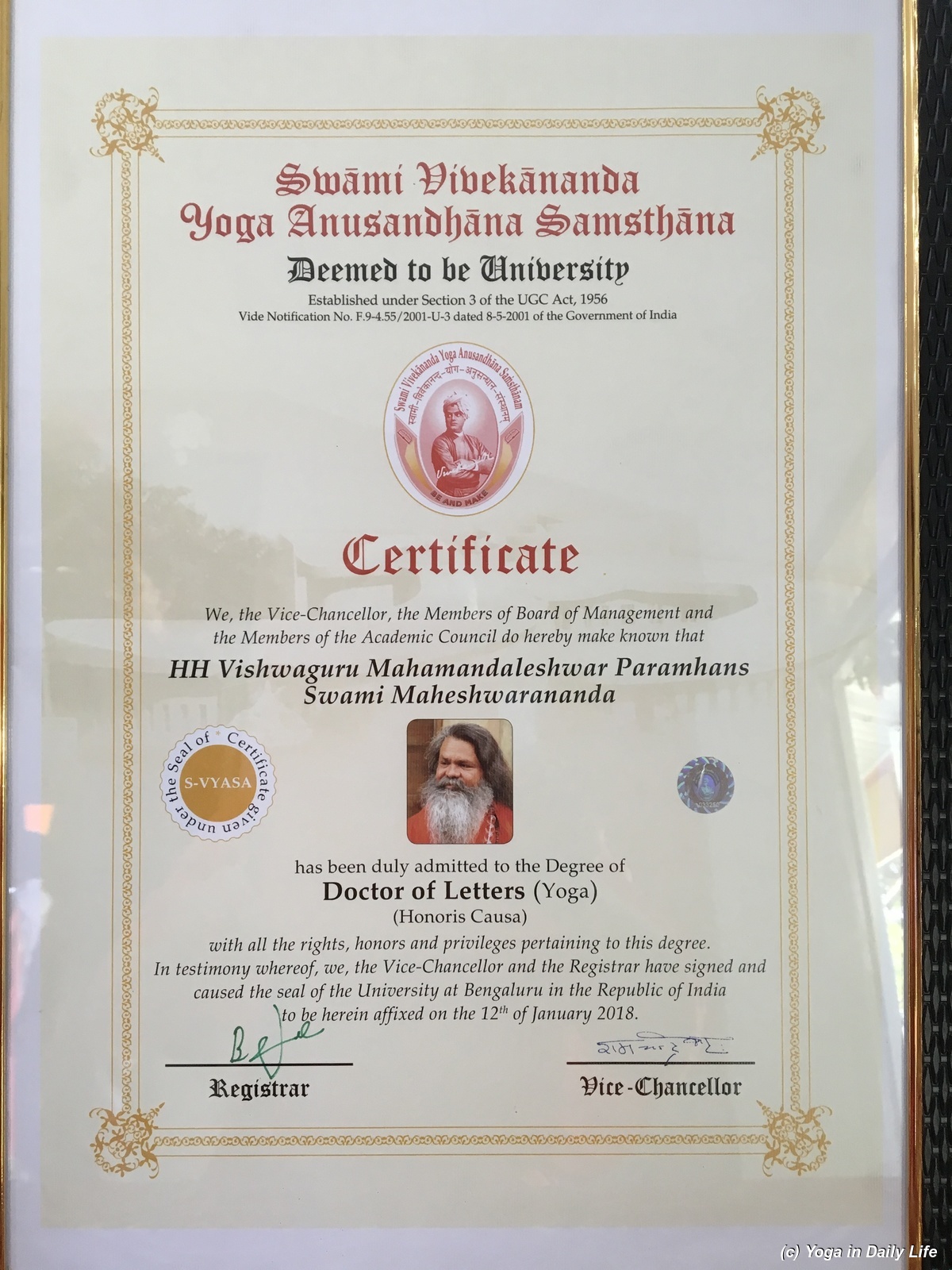 After the scientific conference INCOFYRA 2018 - International Conference on Frontiers in Yoga Research and Its Applications, in Bangalore, India (see report on www.vishwaguruji.org), in a honorable ceremony Vishwaguruji was bestowed by the S-VYASA University in Bangalore, the prestigious honorary degree of a D.Litt. (Doctor of Letters; Latin: Doctor Litterarum).

D. Litt. is an academic degree, a higher doctorate which, in some countries (e.g. UK, Australia, India, Ireland), may be considered to be beyond the PhD (Doctor of Philosophy) or the EdD (Doctor of Education) and equal to the Doctor of Science (D.Sc.). It is awarded in many countries by universities and academic bodies in recognition of achievement in the humanities, original contribution to the creative arts, or scholarship and other merits.

The D.Litt. degree may also be awarded honoris causa 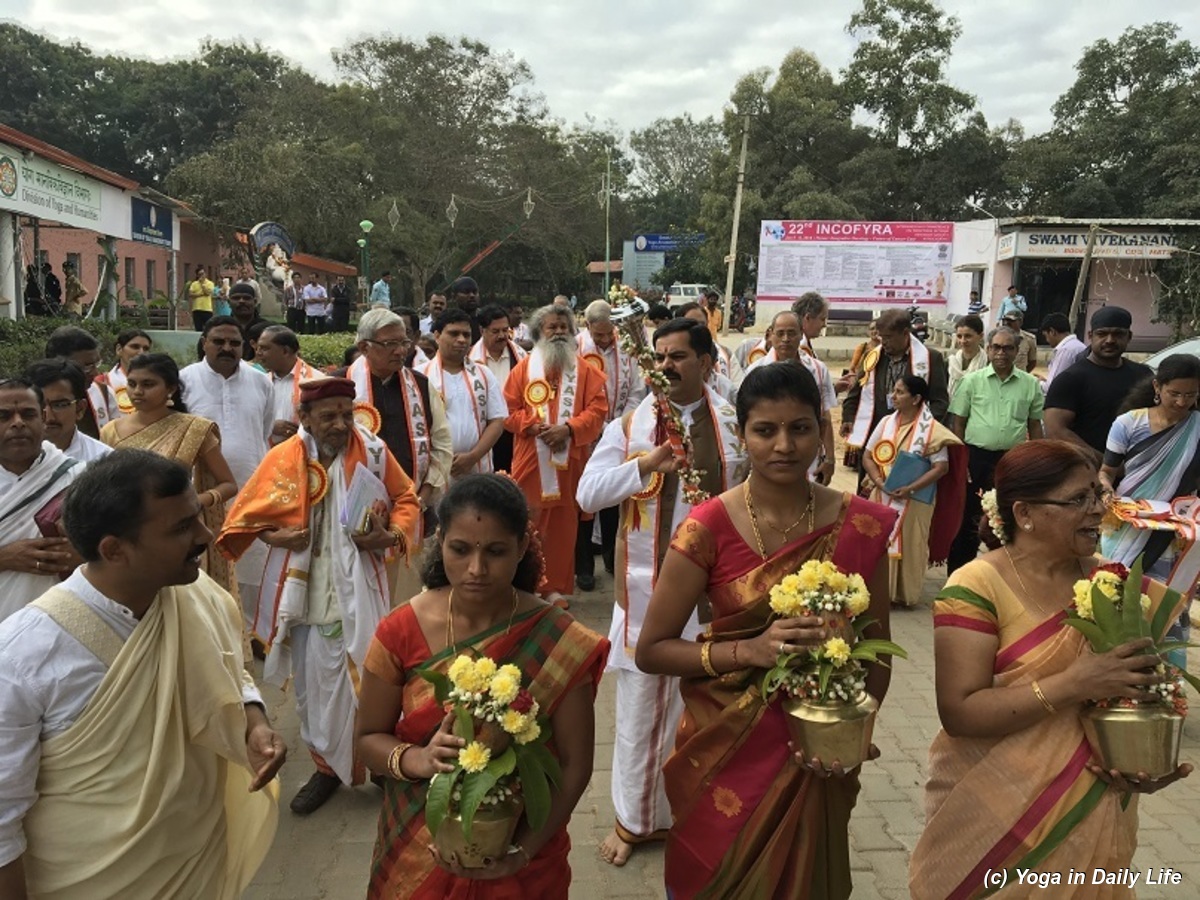 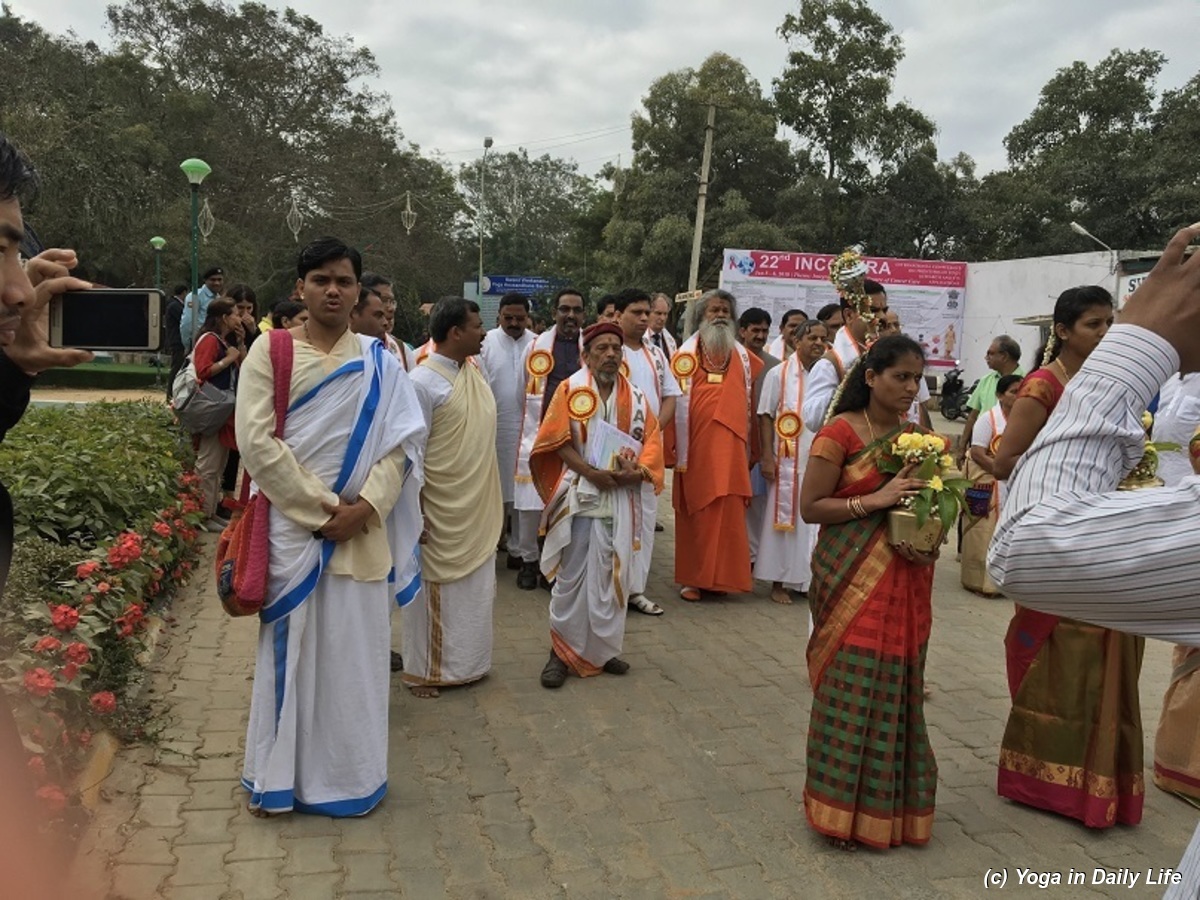 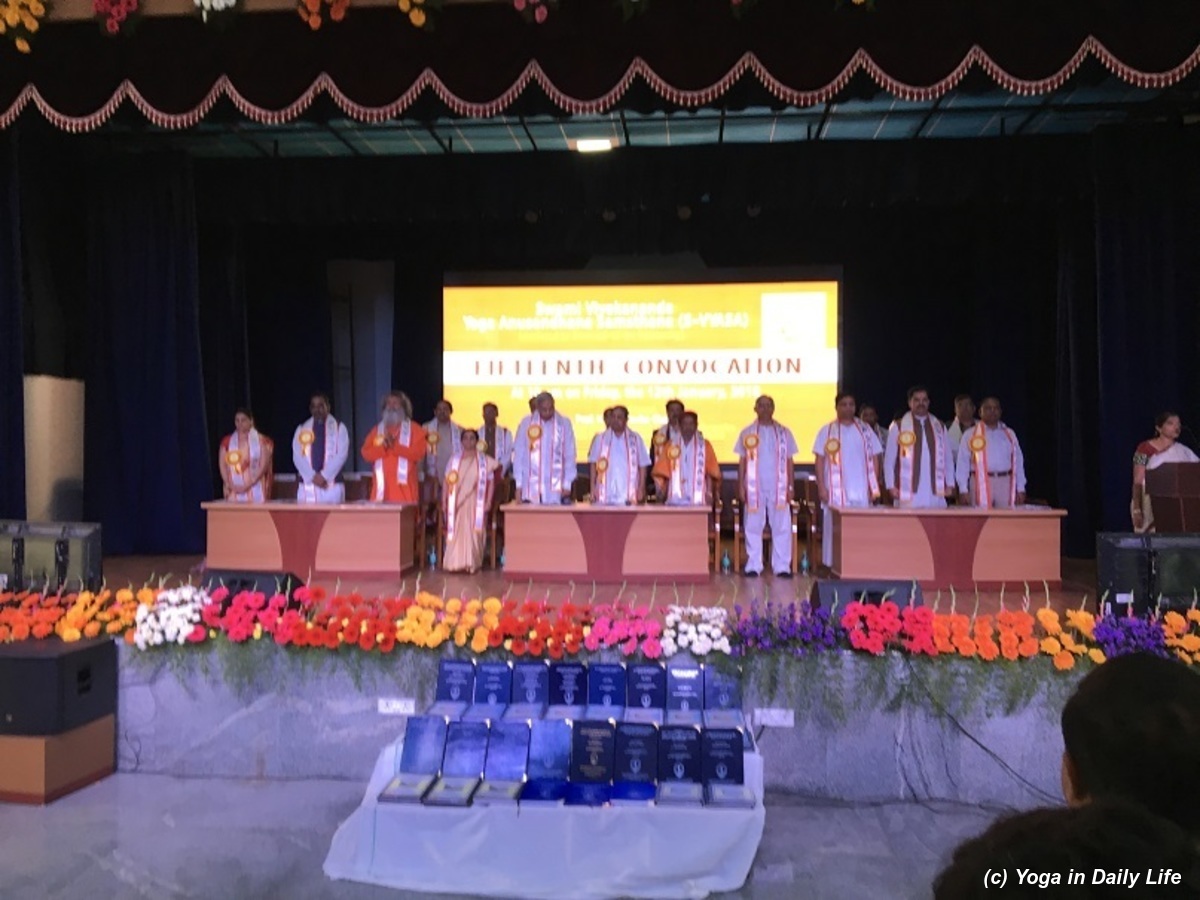 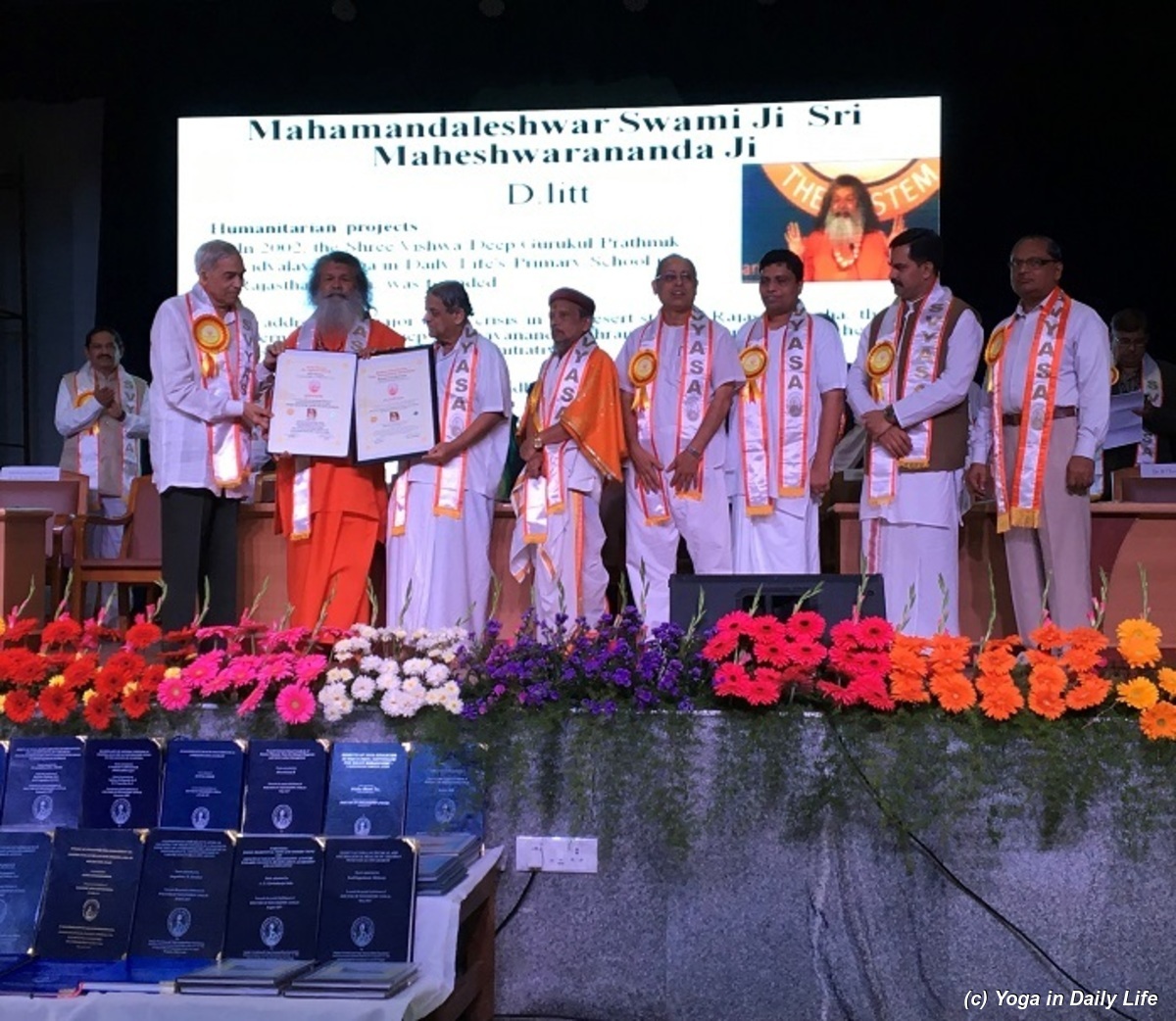 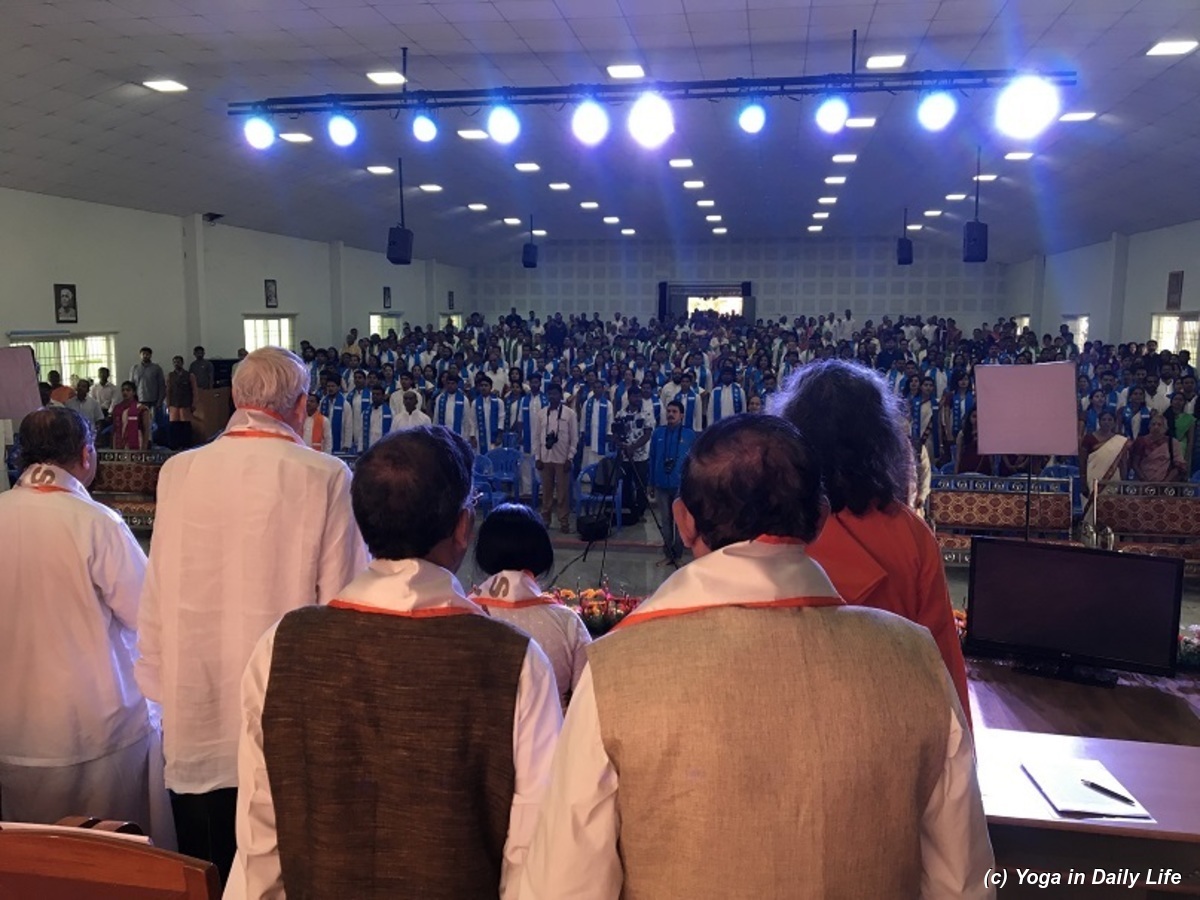 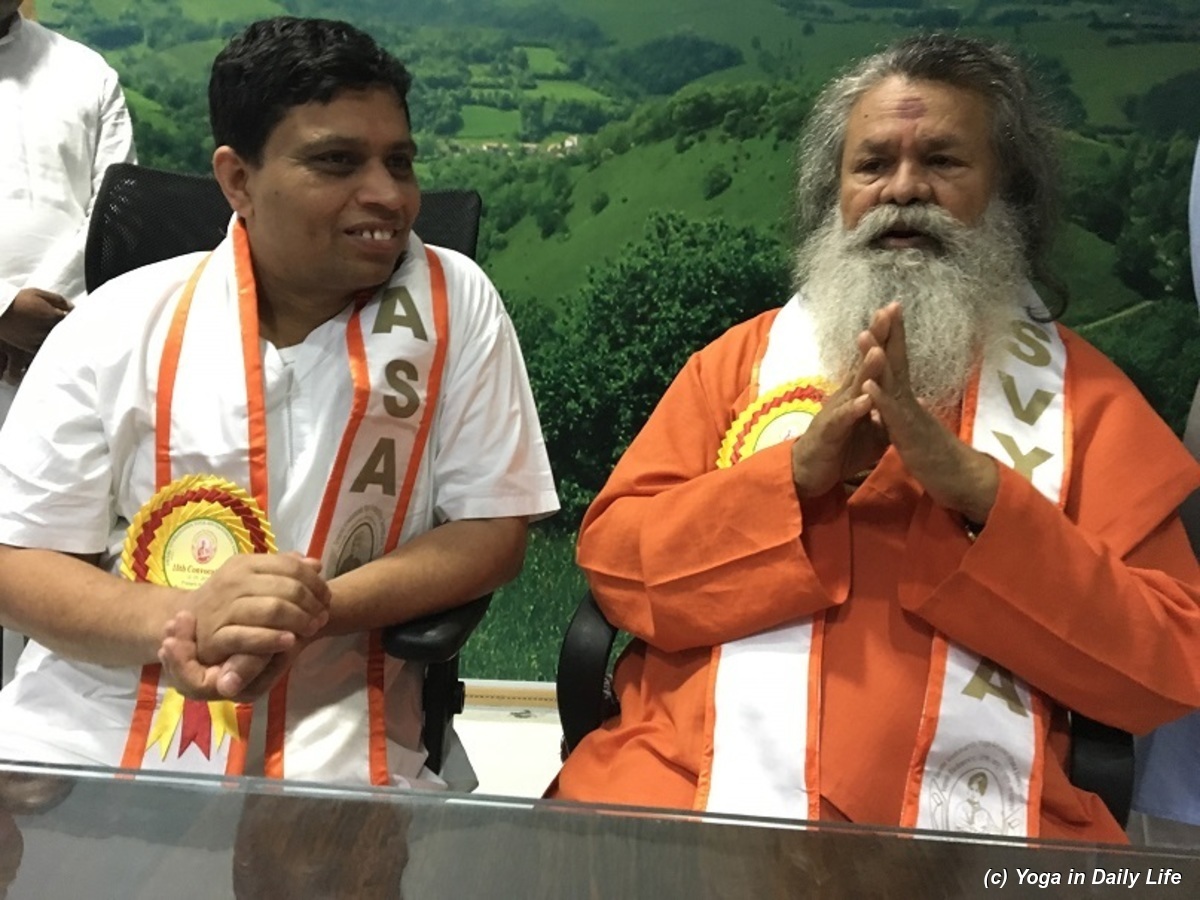 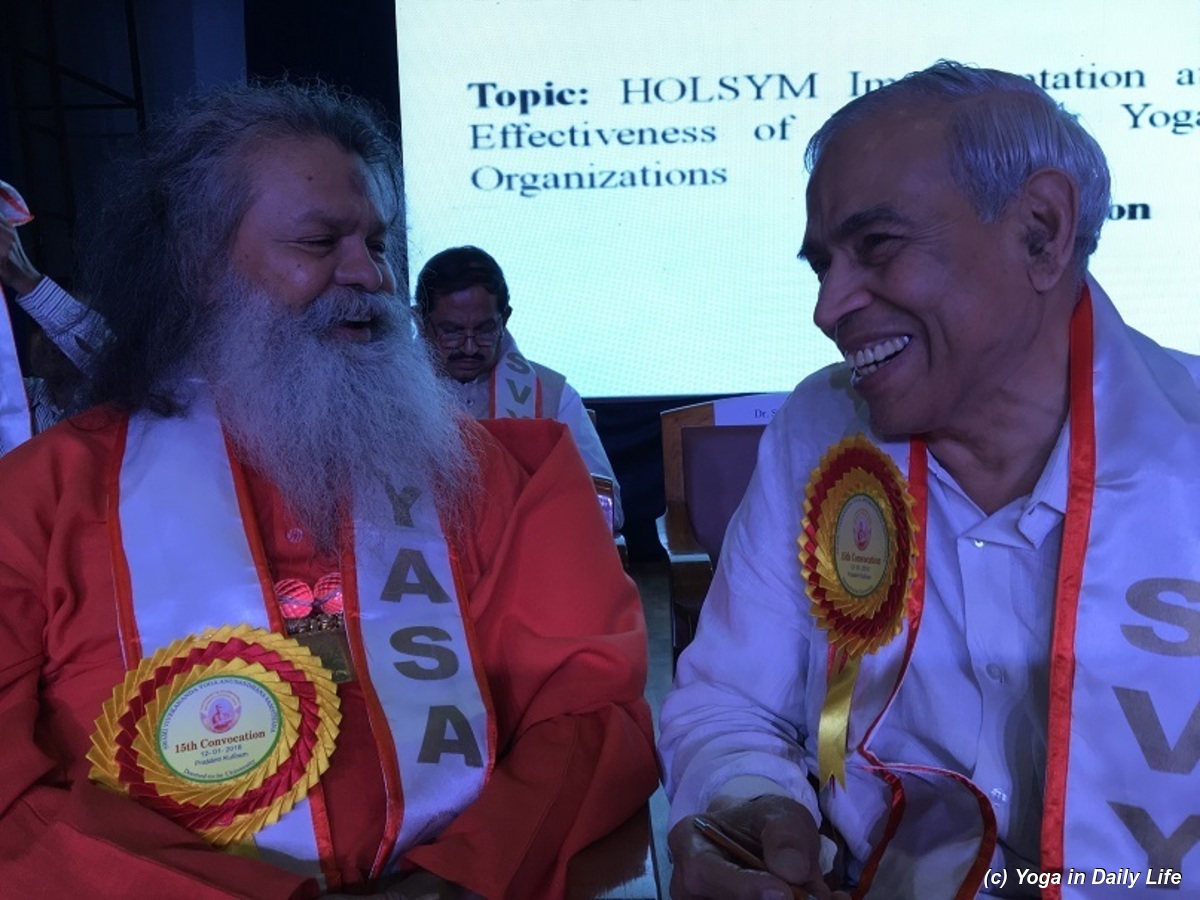 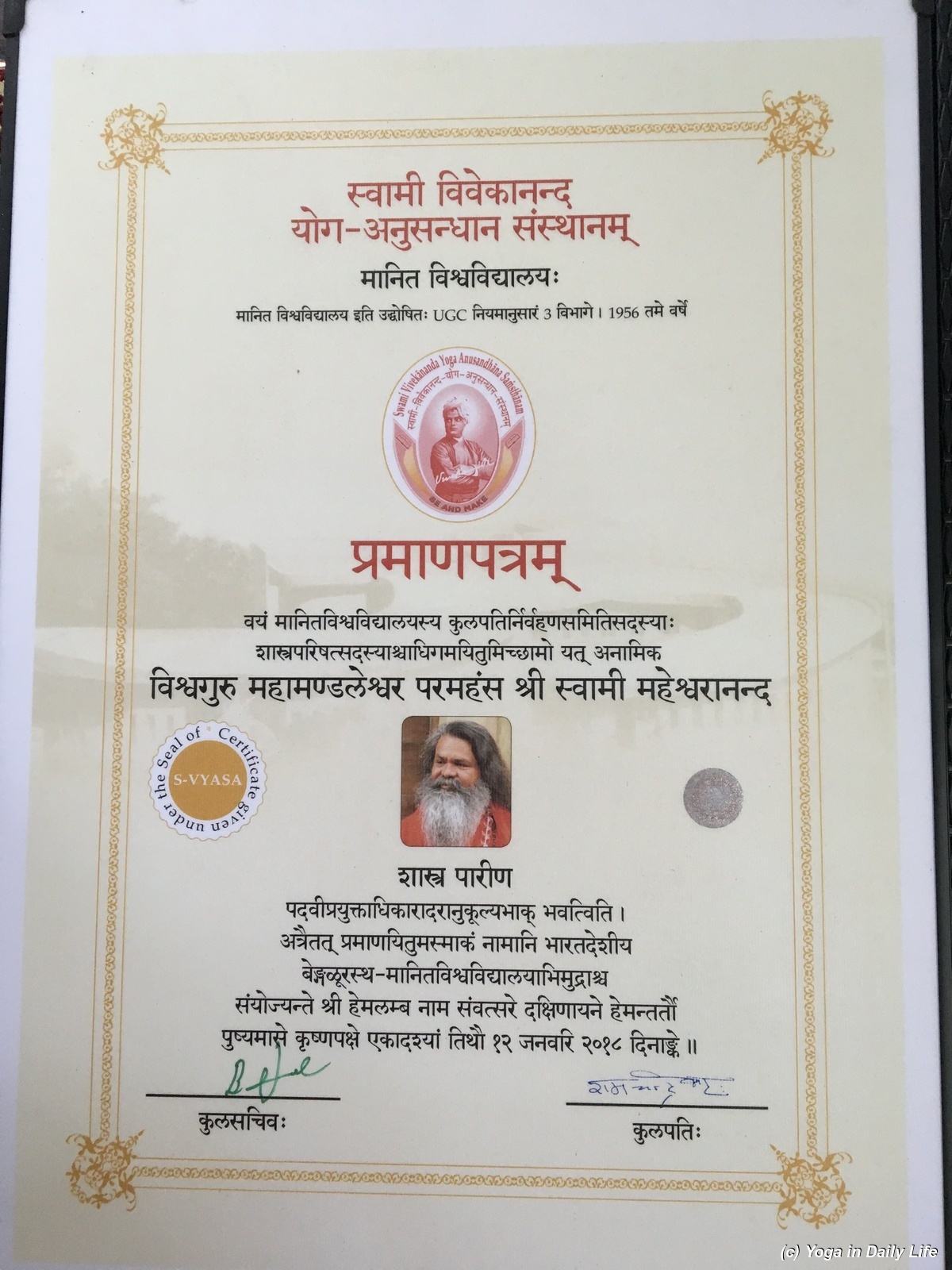