Vishwaguruji led a weekend retreat in Rijeka, attended by many people from Croatia and all over Europe. 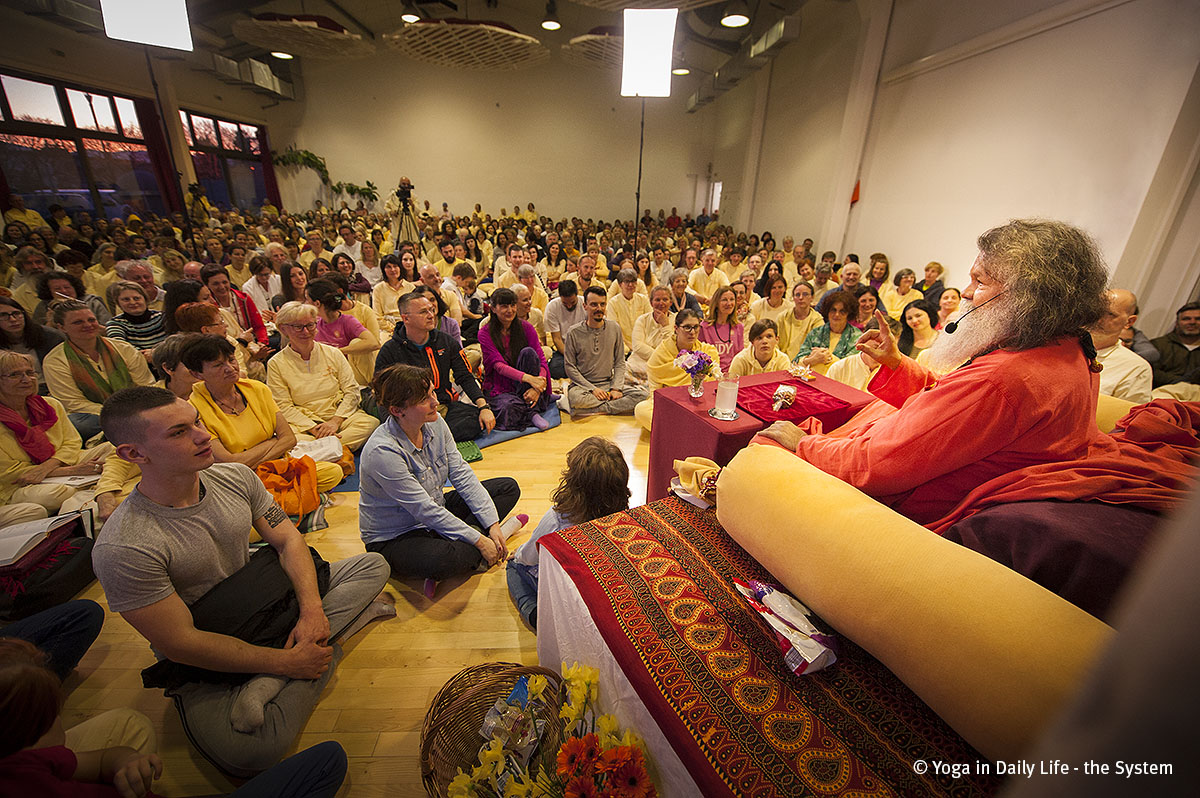 The program was filled with yoga practice of asanas, pranayama and meditation, as well as satsangs. Vishwaguruji taught practitioners a specific technique that can solve many of today's problems such as depression, poor memory and thyroid problems, with a minimum of dedicated time.

The retreat was held in a venue that is becoming a major center for health and yoga in the area. It is well known not only to people from Croatia, but also to numerous guests from all over the world. It was founded and is managed by Vishwaguruji’s long-time disciples: Neven Tomašić (Satvapuri), Andro Stošić (Rampuri) and Vera Lončar (Agnidevi), and consists of the Dharma Hostel, the Yoga in Daily Life Cultural Hall  and the vegetarian bistro Tifan.