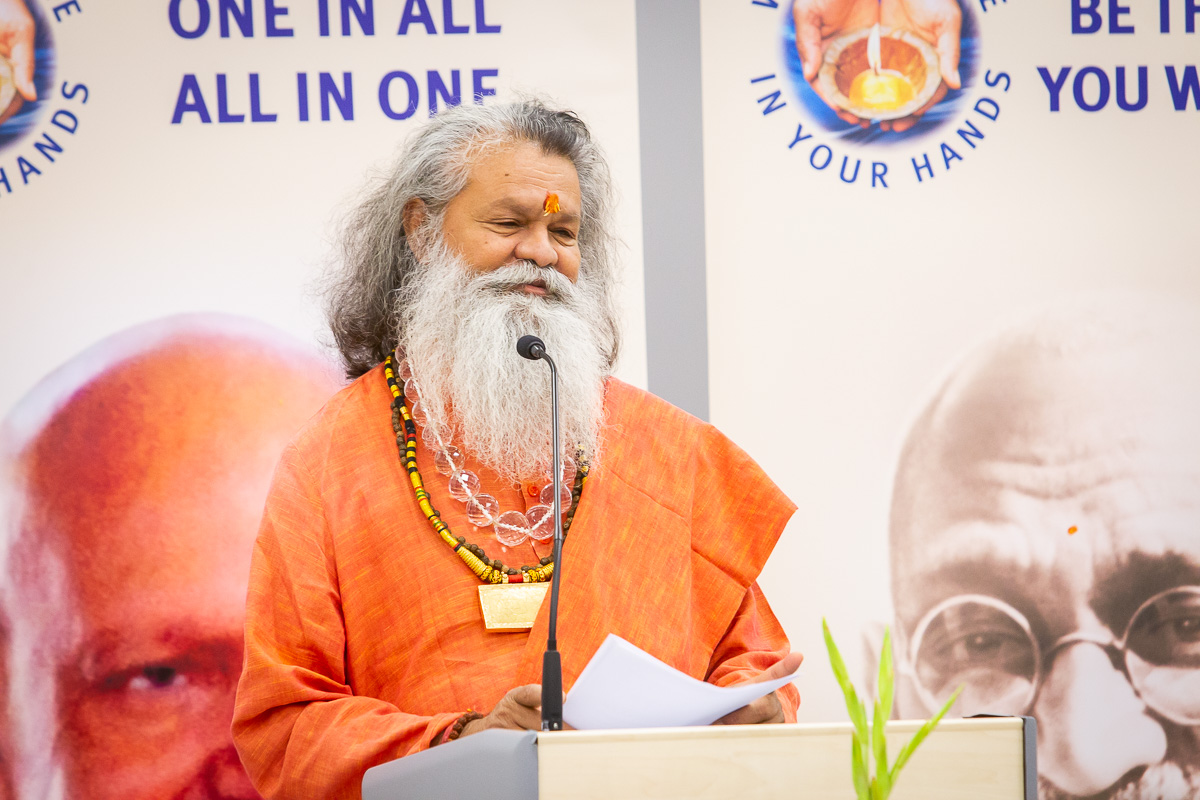 The International Day of Peace is observed on the 21st of September each year. World peace is considered the Holy Grail of our civilization, to stop all fighting and cruelty in this world sounds like a beautiful dream. Even the organization of United Nations, which celebrates its 75th anniversary this year, was founded after the biggest war humans have experienced, with the noble thought to prevent future conflicts and the scourge of war for humans on this planet.

But humans are not the only ones suffering. Wise people often remind us that ‘we are all one’ and that humankind is only one of the species that live in this world (amongst more than eight million other species). The famous Russian writer Leo Tolstoy said that ‘vegetarianism is the taproot of humanitarianism’ and definitely mercy towards animals has a place in the search for global peace.

Sparing other living beings also has a place in the individual search for internal peace within. If reached, this kind of peace can be reflected to the outside world and can positively influence millions of other living beings. Tolstoy described this fact simply, in the thought, ‘Everyone thinks of changing the world, but no one thinks of changing himself'. Probably the most quoted thought of the great Mahatma Gandhi is, ‘Be the change you want to see’.

This is relatively easy to understand, but to move from the outside to inside is quite a difficult adventure. Once we decide to ‘make war’ on this inner battlefield, we will find very tough enemies within us, such as anger, jealousy, greed, ego and many others, backed up by a strong army of ignorance. If we are walking on this path, the quest to achieve the finest human qualities can often look like a 'mission impossible'. In this sense, non-violence towards other living beings creates a foundation for the change of our consciousness, which will allow us to understand the world around us in a better way. And at the smallest scale, it will stop cruelties towards other living beings, whom we can protect instead of kill, and make world peace one step closer to becoming real.

Non-violence is also deeply rooted in the Yoga in Daily Life system, designed by Vishwaguru Paramhans Swami Maheshwarananda, which interprets the ancient wisdom of yoga and makes it understandable in modern life. More than anything, it offers practical ways for human development through simple techniques of yogic exercises (asanas), breathing techniques (pranayama) and meditation. The practical knowledge of the system also covers an enormous number of topics aimed at creating harmony within the selfand society, leading to the consequence of a better world.

Not only does it have a direct influence on the individual practitioner, but Yoga in Daily Life as an organization also contributes to world peace by initiating different projects and events with peace as the main topic, such as the Sri Swami Madhavananda World Peace Summits.

Yoga in Daily Life is one of the great resources of knowledge, which wise people and saints have been teaching since the beginning of our civilization. Regardless of skin color, religion or social status, it is available for anyone who simply tries to achieve happiness in life. I am happy to be one of them.

On Monday 21 September 2020, Yoga in Daily Life centers, ashrams, teachers and practitioners around the world will mark International Day of Peace with group gatherings and traditional peace prayers (in line with current guidelines). In many places, this will be in joint participation with members of local authorities and interfaith communities. Contact your local YIDL Center for details.