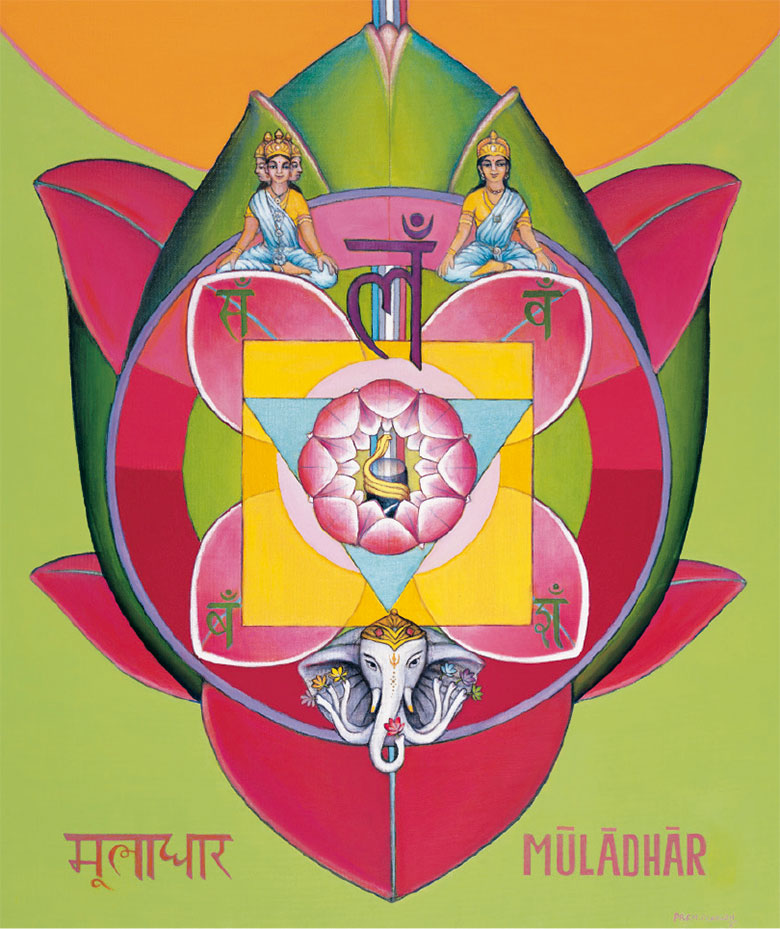 The Muladhara Chakra is situated at the base of the coccyx, it is the first of the human Chakras. Its corresponding Mantra is LAM. The Muladhara Chakra forms the border between animal and human consciousness. It is linked to the unconscious mind, where our actions and experience from past lives are stored. Therefore according to Karmic Law, this Chakra contains the course of our future destiny. This Chakra is also the foundation for the development of our personality.

The positive attributes of the Muladhara Chakra are vitality, vigour and growth. The negative qualities are laziness, inertia, self-centredness and domination by one's physical desires.

The Divinity of this Chakra is Lord Shiva in his manifestation as “Master of the Animals” - Pashupati Mahadeva - meaning that the lower qualities have been overcome.

In the symbolic picture of the Muladhara Chakra there is a Lotus with four petals. These represent the four functions of the psyche: mind (Manas), intellect (Buddhi), consciousness (Chitta) and ego (Ahamkara) - all of which originate in this Chakra.

More about Exercises and Meditations for Muladhara Chakra read here. 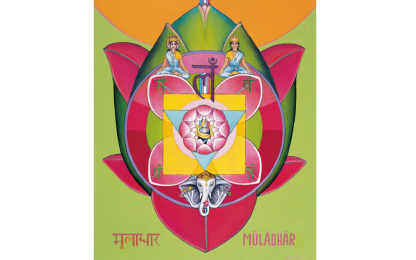 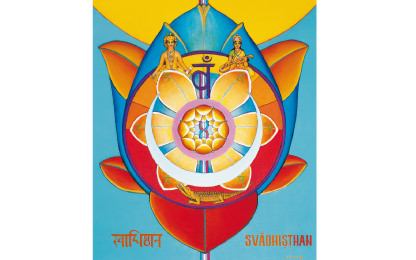 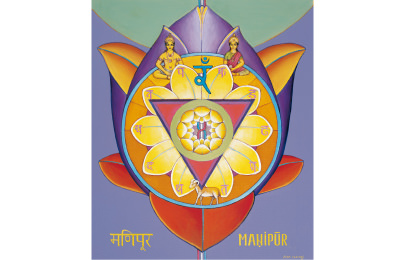 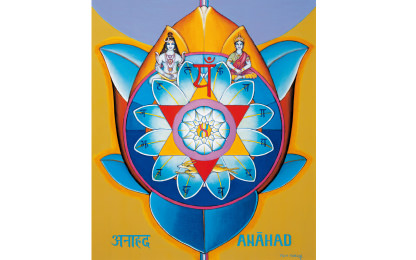 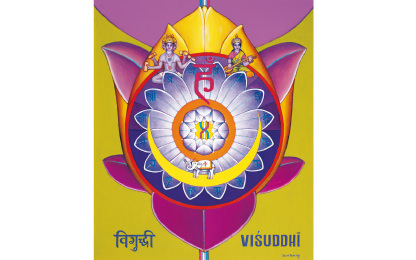 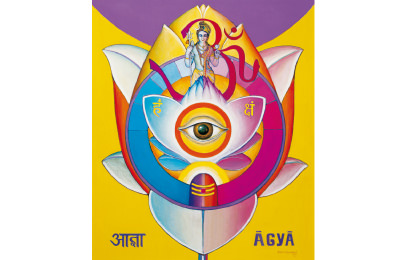 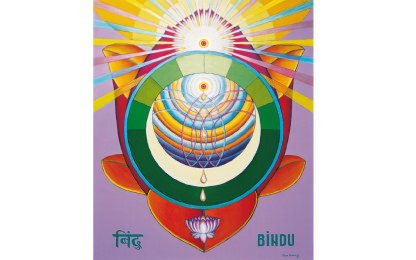 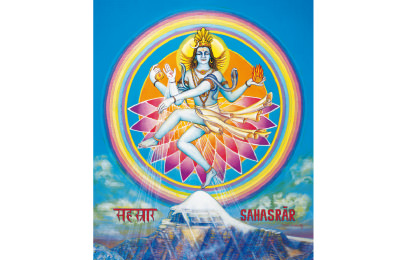